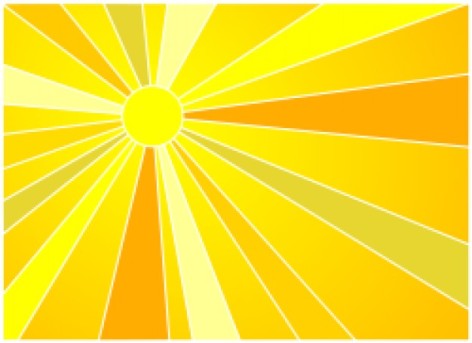 “Truth is a pathless land. Man cannot come to it through any organization, through any creed, through any dogma, priest or ritual, nor through any philosophic knowledge or psychological technique. He has to find it through the mirror of relationship, through the understanding of the contents of his own mind, through observation and not through intellectual analysis or introspective dissection…” — J. Krishnamurti

I wanted to share some perennial wisdom distilled from many sources by the mysterious Wei Wu Wei in the 60’s, who reminds of Magnum P.I.’s secret benefactor we never saw. It has been coming to me from several places. I have been experimenting with the Taoist idea of Wu Wei, “non-doing”, over the last year. Perhaps better understood through Wei Wu Wei, “effortless doing”, which allows one to express their being creatively in the moment with no thinking, just intuitive non-action. This way of thinking has many benefits.

For me, creating spontaneously using this Way of Non-Action ultimately helped me realize myself as a ray of Light from the Sun.  If you look at the Sun too long, you can forget the trees though.  I realized that I AM just Light, and all rays go back to the same Sun. Behind that Light is Love. To simply Be is evidence of it. But you suffer you say, this is no heaven. Who suffers? What is suffering? What is Heaven? Who is sacrificed? Who dies? Nothing suffers in the Light. In the Light you can only Be what you are. You only suffer when you turn your eyes from yourself. We are all reflecting the same Light back at each other. I hope you will look with new eyes upon each other in recognition of yourself.

Are you a reflection? A “conceptual effect” of the Light being processed by other’s brains? It must be a sick joke! How absurd! I was kidding, better not read any further. I warned you. And yes, you Uber smarties, I just swallowed it all hook, line and sinker. Perhaps I looked at the Sun way too long and it fried my brain. Move along. Nothing to see here but the ramblings of a Fool.

Light on the Subject

Light shines: it does not seek to shine; it does not know that it is shining; it just appears to shine on encountering objective resistance, and shining is all that it appears to be.

Shining, therefore, is the apparent nature, the apparent being of the suchness of Light. And wherever it is shining it never finds darkness – but always itself.

Light in itself is insentient and incognisable, invisible, inaudible, intangible; light is ubiquitous in space although the sky itself appears dark. Sensorially, in manifestation, imperceptible, as light it may be said to have no conceptual existence apart from its shining, but is cognisable only by objective reflection from sensorially perceived particles in our conceptually assumed atmosphere.

All this, however, merely happens to us, or appears to happen or not to happen, to us. We think, and say, that it ‘exists’ merely because it is among the experiences that are sensorially perceptible to sentient beings, among reactions recorded by one or more of our five rudimentary senses and interpreted by the sixth. It appears to happen to us: that is all we can know about it; the assumption that it has any other existence whatever, to suggest that it exists in any manner or degree independently of our cognising of it, is entirely gratuitous. Therefore to think or to speak of it as being this, that, the other, anything whatever or nothing, is merely absurd. All we can ever know of it is what we ourselves think about it; it exists, therefore, as an appearance in our psyche, and it has no known or knowable existence of its own.

‘Light’ is our light: and there is no reason whatever to suppose that there is any other kind of light. And so, being our light, it is an aspect of whatever-we-are; being nothing whatever but whatever-we-are, we must be what it is, and since whatever-we-are must always be reduced to the vocable ‘I’, no matter who says it, Light must be I, and I must be Light. Therefore whatever Light may be, I arise and shine. But I only manifest when I encounter the apparent resistance of objectivity, whereby I shine, for when all apparent objects are removed, objects and I remain in the potentiality of Dhyana, the static aspect of Prajna, which is the not-shining of Light and the apparent darkness of space.

In whatever direction light may be oriented, on whatever resistance it may manifest and shine, it never finds darkness, but always its own light; in whatever direction I may be oriented – all sentience being ‘I’ – never can I find other than I, for whether or not I manifest and shine, I never encounter darkness, but only absence of my light as ‘I’. My presence and my absence, therefore, have none but an apparent difference due to the apparent existence of objects, for there is nothing but what I am as Suchness.

Every shining action which is the apparent aspect of the functioning of Light, finds only itself – for nothing can be perceived that is not illumined by Prajna which I am. Darkness is a concept which entails absence of light, which is the voidness of annihilation. Only in the eternal and ubiquitous shining of timeless and spaceless Prajna can there be sentience, and sentience can be said to be a distributed radiance of prajnaic shining, finding expression dualistically via supposedly independent entities, whose apparent independent existence is a conceptual effect of such divided reflection.

The luminosity of prajnaic functioning, which to every sentient being is ‘I’, renders every action universal – since only the luminous functioning of prajnaic ‘I’ can produce the appearance of action. The supposed individuals concerned may be regarded as phenomenal reflections in whom prajnaic shining is all that they are and all that the vocable ‘I’ can be assumed to imply. (didn’t I say that)

It is what I am that is seeing,
And I have ten-thousand eyes.

SHINE OF A LUCID BEING