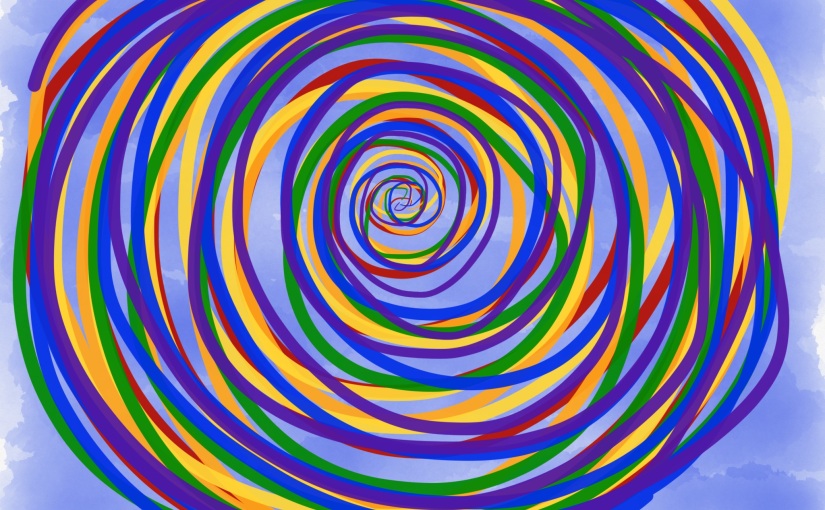 Three men fall into a river after the bridge they were walking on collapsed. You guessed it, a Buddhist, a Zen Practitioner, and a Taoist.

Floating down the river, the Buddhist looks about him and decides through much effort to swim to the shore and leave the river. Ignoring the discomfort of his situation (cold water, burning muscles, etc.) he swims to shore and watches the other two float away, content that he finally made it out of his nasty predicament.

The Zen Practitioner looks about him and decides that he is in the river now, and if he waits, he will eventually drift to shore where he can leave the river. He learns to embrace the cold and ignore the fear of rocks and rapids, and eventually he comes to a stop and climbs out, happy in the knowledge that he has escaped the river and all its peril.

The Taoist looks about him and decides that since the bridge he was walking on collapsed, he is now floating in a river, naturally… So he decides to wait and see what will happen next, confident that whatever happens is part of the natural process of the Tao.

P.S. Did you know you can change the dimension you live in? It is all about the dimensions you let yourself exist in. Truth be told, you are limitless across an infinite number of dimensions. Let yourself flow into that reality.

nothing interesting View all posts by the old goat

One thought on “The Parable of the Three Men”